Back to: Castellated floor panels 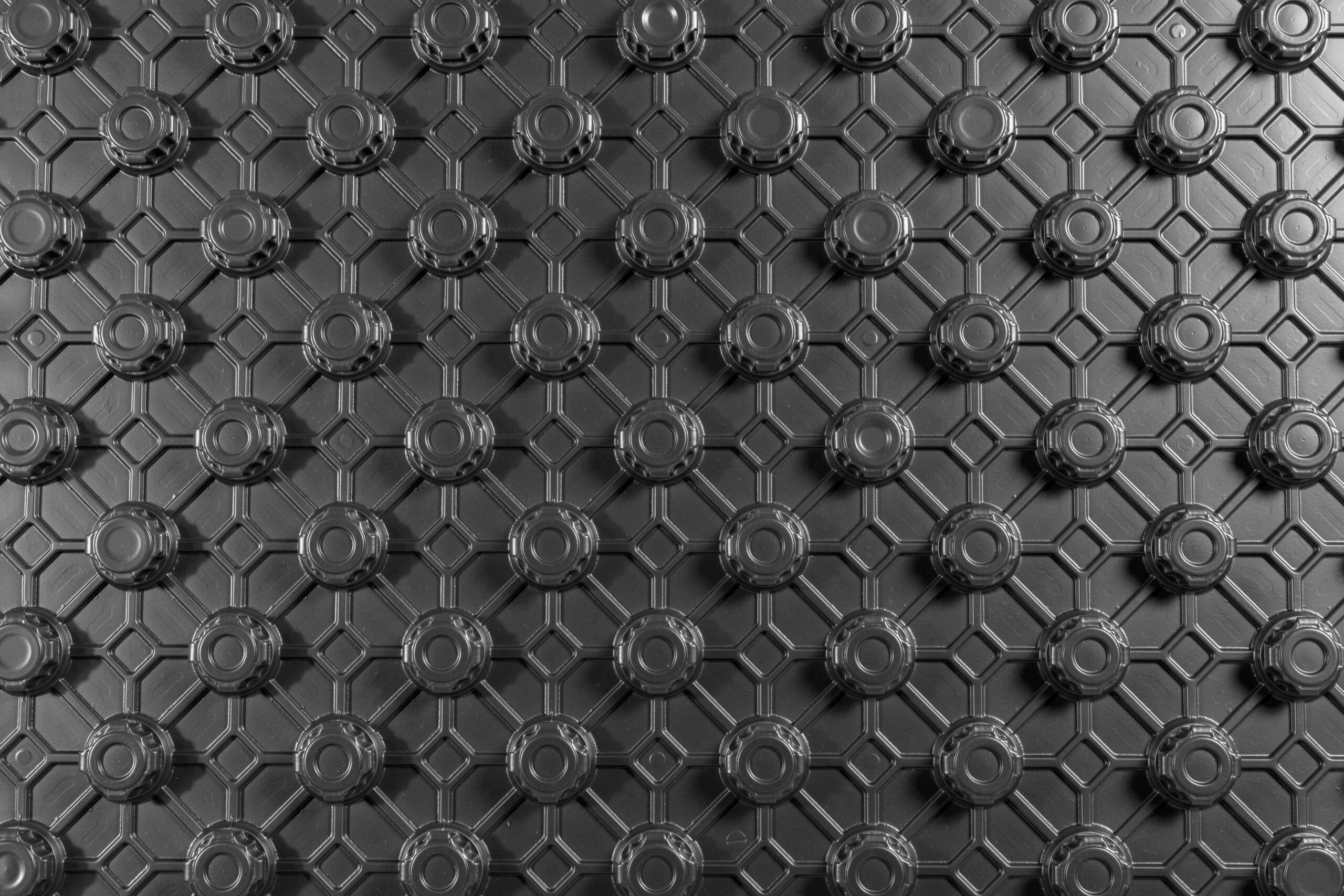 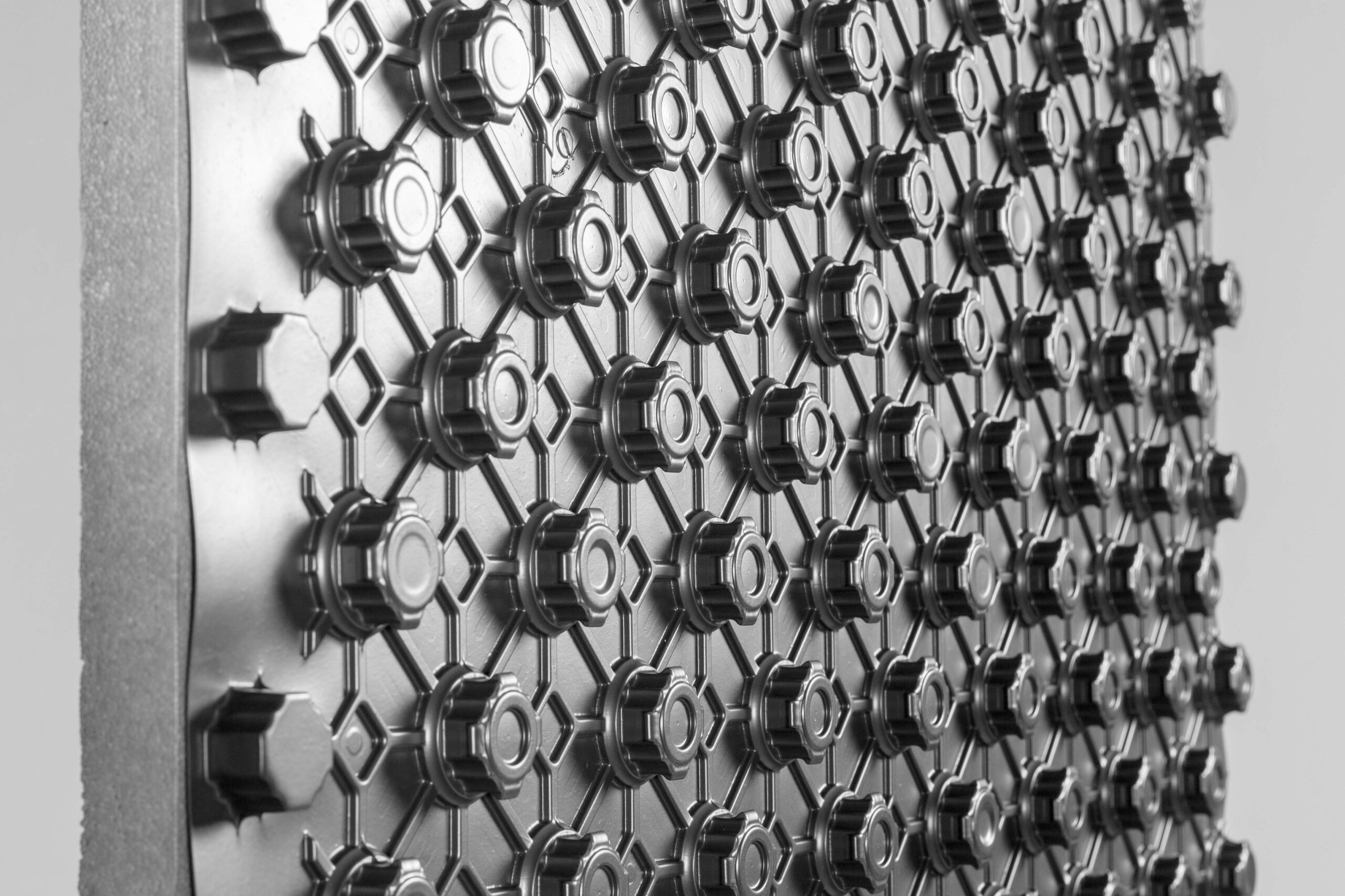 An insulating panel in sintered expanded polystyrene (EPS), available in white and with improved thermal conductivity (graphite), to which a high impact laminated polystyrene (HIPS) film is coupled, obtained through a thermoforming process. The thermoformed film makes it possible to create retaining knobs that guarantee rapid installation and safe locking of the piping. It improves the mechanical resistance of the system and consequently the walkability during construction phases, and acts as a vapour barrier in the operating phase. The film is also shaped on the perimeter edges in such a way as to allow adequate overlap and a solid connection between adjacent panels, ensuring optimal sealing during the installation of the panels and the casting of the screed.