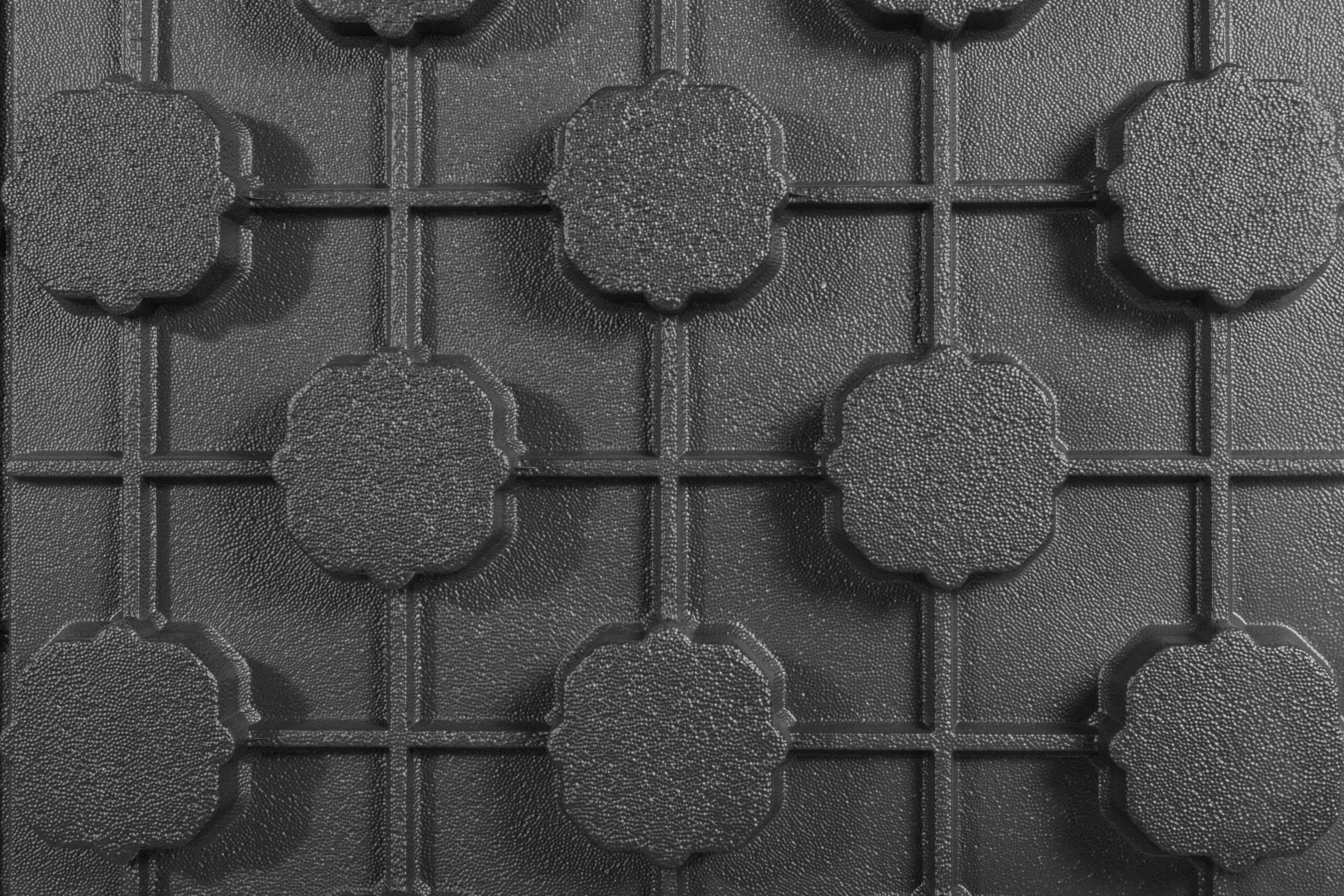 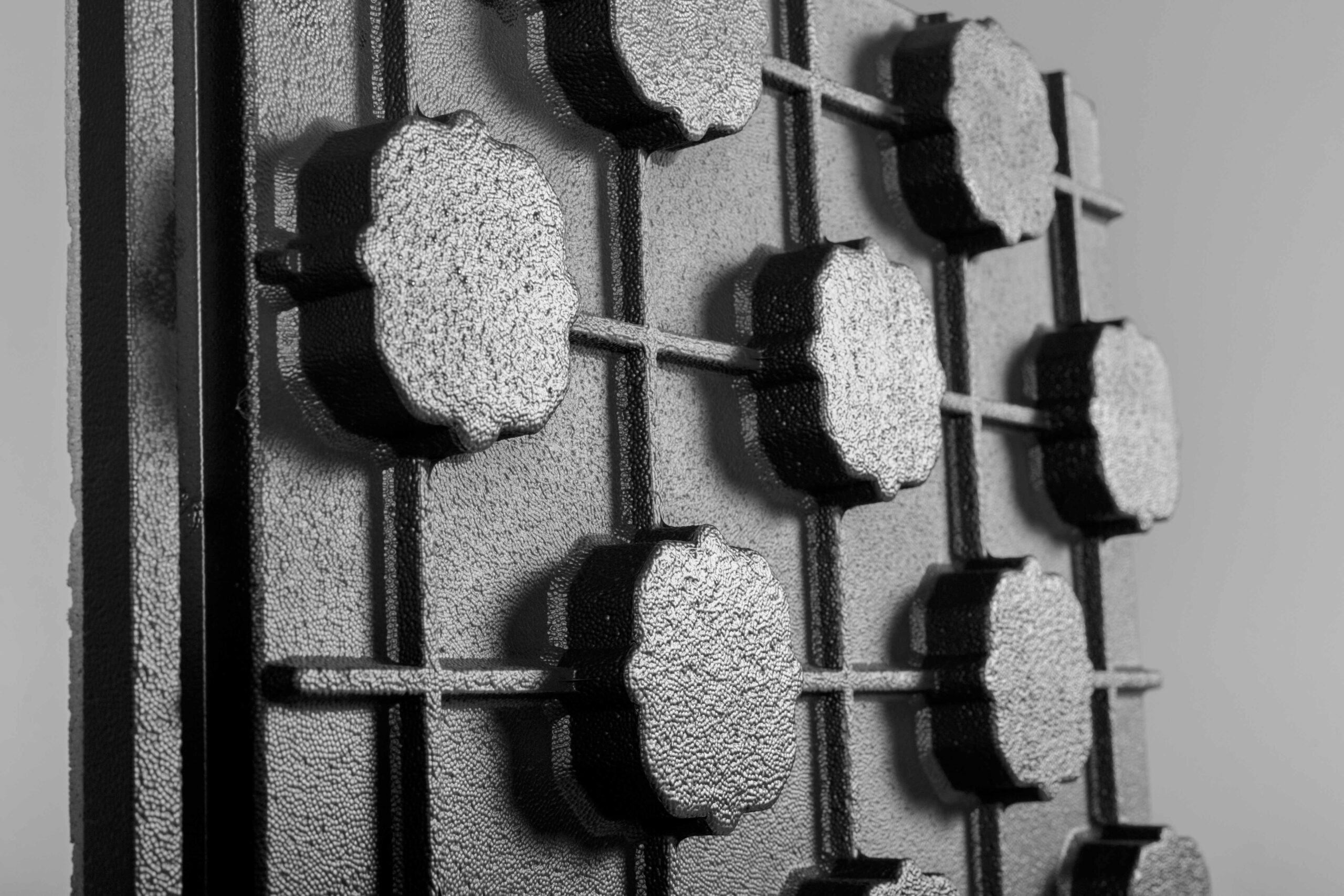 Insulating panel in sintered expanded polystyrene (EPS), available in white and with improved thermal conductivity (graphite), to which a high impact laminated polystyrene (HIPS) film is coupled, obtained by means of a heat sealing process, available in different colors. The panel is also available without film with EPS 300. The octagonal stud has dimensions such as to allow the laying of pipes with a pitch of 100 mm and offers a large support surface, to the advantage of walkability during the construction phase.

The heat-sealed film gives the system a robustness that can adequately resist the stresses caused by the trampling of the operators and the humidity of the screed during the construction phase; it also acts as a vapor barrier in the operating phase of the radiant system

Also available without film with EPS 300