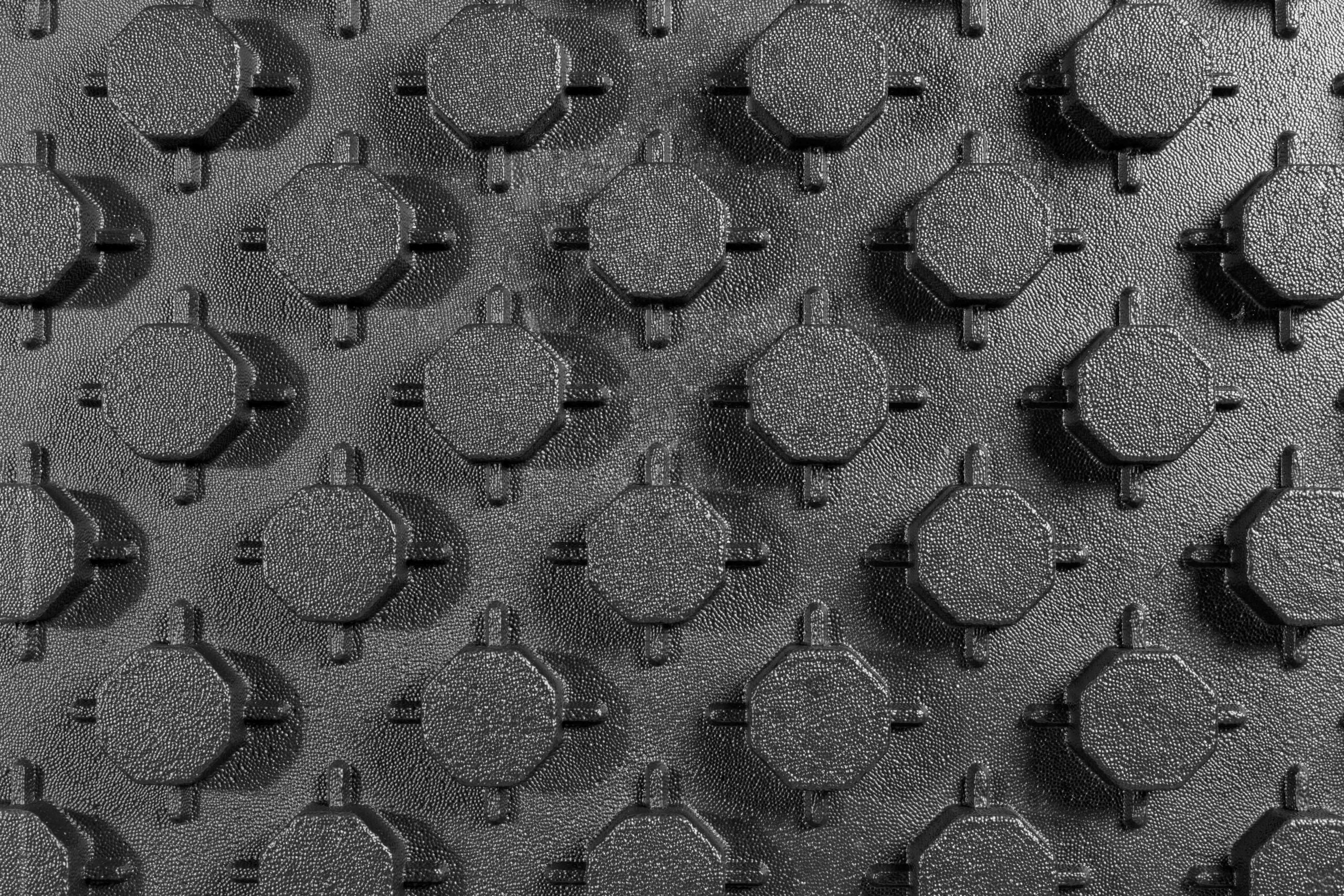 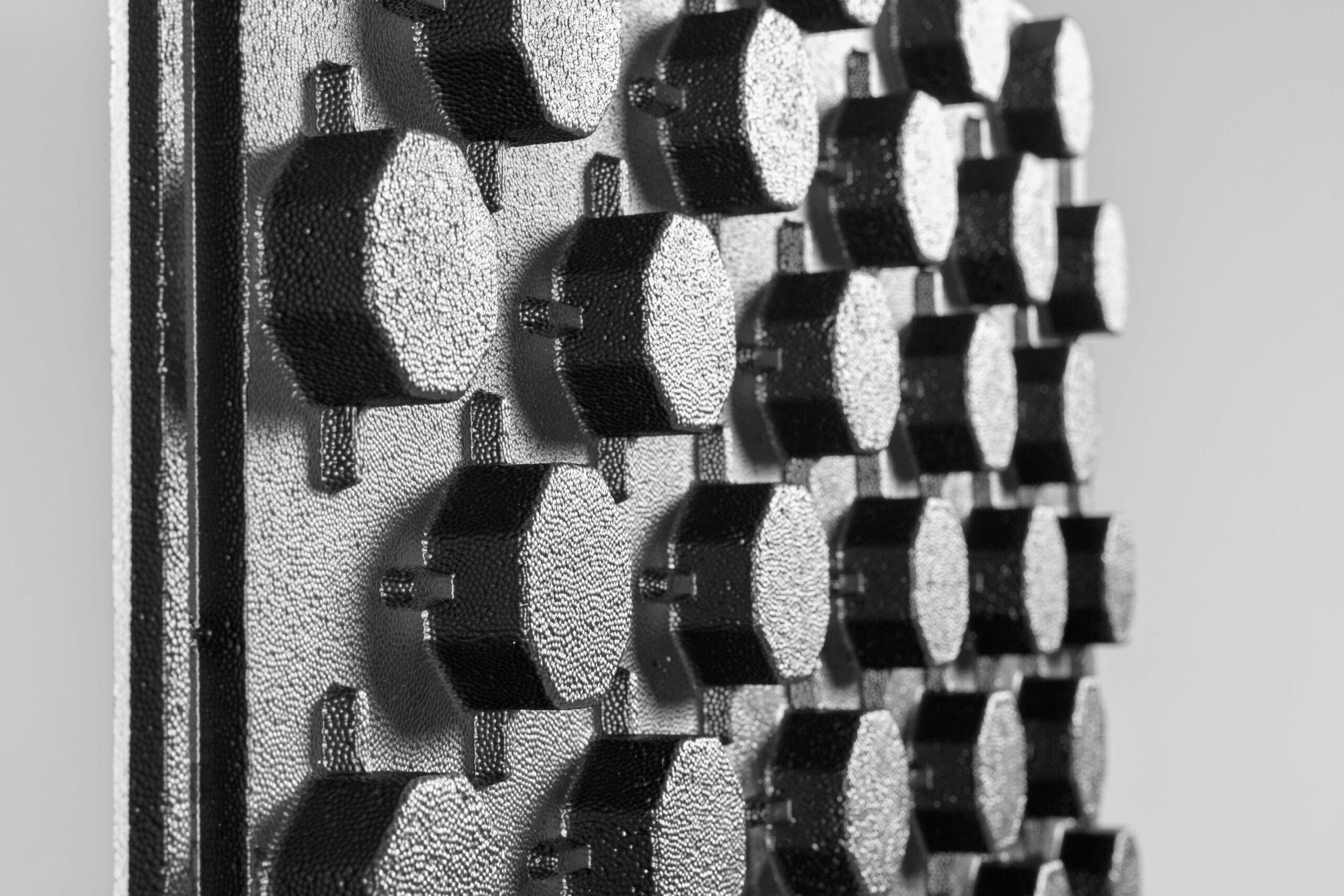 Insulating panel in sintered expanded polystyrene (EPS), available in white and with improved thermal conductivity (graphite), to which a high impact laminated polystyrene (HIPS) film is coupled, obtained by means of a heat sealing process, available in different colors. The panel is also available without film with EPS 300. The octagonal stud’s dimensions allow the laying of pipes with a 75 mm pitch and offers a large support surface, to the advantage of walkability during the construction phase.